I started getting panic attacks a couple of months after my dad died. I remember my first one so vividly. I was a senior in high school, and I was in anatomy class. That day, we were doing an experiment to determine our blood type, and we were all going to be pricking our fingers and drawing a little bit of blood.

If you know me at all, you know I have a weird fascination with all things bloody and/or gruesome. For awhile, I thought my future career might be the person who cleaned up automobile accidents on the interstate. Please, don’t judge me – this blog is my safe space!

Needless to say, I was extremely excited for this lab. When I suddenly got dizzy and short of breath, though, I was afraid I was having a serious medical issue. I approached my teacher and told her, “I feel really sick. Dizzy, actually. Can I go to the nurse?” She smiled and nodded understandingly, before announcing to the class, “Don’t forget everyone, it’s OK if you’re afraid of blood! You can sit this experiment out!” I was so mad… I ain’t afraid of no blood. I was too concerned about my possible heart attack to correct her though.

When I got to the nurse and told her about my symptoms, she seemed puzzled. She kept asking me the same questions, and didn’t seem to be taking my “possible heart attack” seriously. Finally, she agreed to let me go home. She said, “Should I call Mom or Dad?” In my frustration over not being taken seriously, I said, “Better try Mom, since DAD JUST DIED!” I was a gem, wasn’t I? Immediately, she realized I was having a panic attack. When my mom arrived, she agreed.

Over the next five years, panic attacks became a regular part of my life. During my senior year and first year out of college, they became debilitating. I had to leave class midway through if one struck, and I regularly had to bail on plans if I was confined to bed with a bad one. The worst ones began when I started taking the train to work every day in Chicago. There were a lot of days when I would get off at a random stop because I couldn’t sit on the train any more, and I’d walk blocks upon blocks in snow or heat to get home. I thought I’d tried everything: various medications, occasional therapy sessions, self-help books, breathing exercises, and even hypnosis…. Nothing worked. 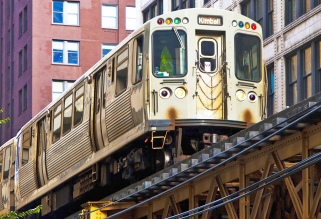 I’m embarrassed to say that wine and vodka definitely became my anti-anxiety meds of choice during this time. I was never scared to leave home when I had a chest warm from alcohol instead of pounding with fear. Self-medicating with alcohol is a slippery slope, though, and while it helped prevent panic attacks in the short term, it certainly made things worse in the long term. When I stopped drinking, I knew it was up to me to find another way to cope.

That’s when I found running. It sounds weird to say I found it at the age of 24, considering I ran track and cross country throughout middle school and high school. What I found, though, was the joy and satisfaction that a person can get from running. I found that instead of sitting in misery while my skin crawls from a panic attack, I can take that energy and use it to fuel a long, mind-clearing run. 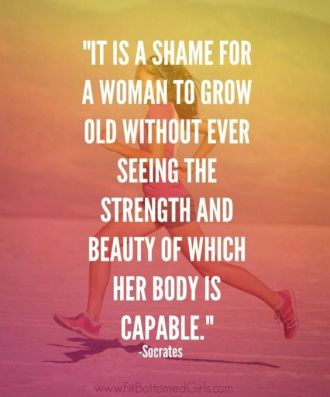 I started running as a way to calm down. I’d throw on some ratty clothes and run two miles or so, barely at a ten-minute mile pace. Before long, running became the thing that empowered me. I was running six miles a day and training for half marathons. Whenever I felt a panic attack coming on, I remembered that my body was strong enough to handle ten miles the night before, and this panic was no match for me.

People often tell me, “Wow, you’re so lucky. I wish I was a runner.” I always laugh. My mom and dad gave me many wonderful gifts, but natural athleticism wasn’t one of them. I am not a runner by birth, and it was such an amazing discovery to learn that I could be one anyways. 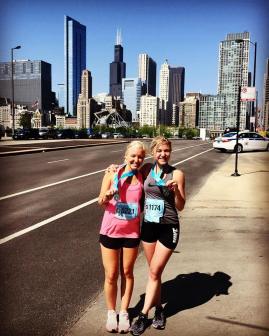 In the past 2.5 years, running has become an enormous part of my life. Yes, I still have panic attacks, but running has made me feel sane, comfortable in my own skin, and confident that I can control my anxiety. No, I haven’t won any races or qualified for the Boston Marathon. Most of my “runner friends” are still faster than me, and I’ll admit that sometimes I take four or five or six days off in a row.

At the risk of sounding like the cheesiest Tumblr post you’ve ever read, running has become so important to me because it taught me that I can be anything I want to be, with some hard work and consistency. You’re not limited to being the person you think you are, right now. I didn’t have to remain the anxious, self-deprecating girl that settles. If you want to be a runner, just go be a runner. If you want to be a yogi, just go do it. If you want to be a fashion blogger or a doctor or a chef or a farmer in South America, just go be that. Start doing something to make it happen. Passivity doesn’t get you anywhere.

I’m thankful that I found my personal strength through running, and I’m grateful for every mile my legs give me. I know that I’m not a special snowflake, and many of my friends struggle with the same shitty, anxious feelings. I just hope that this post encourages you to go out and find that *thing* that makes you feel like the indestructible badass you are.